What is Saint Nicholas Day? And how we celebrated.

Saint Nicholas, born during the third century in Greece, was a very giving man who dedicated his life to God and serving the needy. He is known as the protector of children, the patron of sailers, and a friend to those in trouble. His most common recognition though is for being a gift giver, particularly to those who needed something.  There are many stories about this saint, however one of the more popular stories is one that has led to the celebration of Saint Nicholas Day on December 6th. The story goes that he helped save a poor man’s three daughters from a life of slavery by secretly delivering bags of gold for them to use as their dowries. The gold was dropped through a window and fell among their socks and shoes. This leads to the current day tradition of children setting out a sock or a shoe the eve of Saint Nicholas Day in the hopes that some treats might be delivered to them. Chocolate coins and oranges are the most popular gifts, both representing the gold that was given by Saint Nicholas. He really is the original Santa Claus! 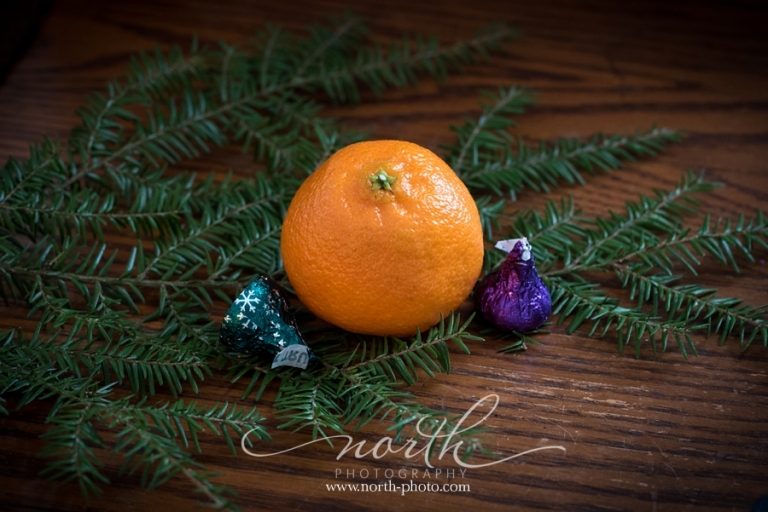 Now, in addition to being a wedding and portrait photographer, I am also a mother. Each day I strive to teach my little ones (3 and 1) to be kind, compassionate, and loving. Some days my little life lessons are better received than others. Often I just accept the fact that they are little and that tackling one another is also a brotherly form of affection.

Up until this year I did not know much about Saint Nicholas Day. It is celebrated on December 6th, which is the feast day for Saint Nicholas. While we are Lutheran, we never celebrated this day in my family and mainly spent the months of November and December learning about advent and eagerly awaiting the arrival of Santa Claus. This is not to say that my parents did not instill Christian values in us and remind us that Christmas is also the birth of Christ, but let’s face it…Santa Claus!!! We had toy tunnel vision.

So along comes the Christmas this year and my husband and I are faced with introducing Santa Claus to our oldest son who is newly 3. We’ve gotten away with not mentioning SC the past couple years, but he is old enough now to see it in books and ask about it. Neither of us are opposed to playing along and delivering gifts from SC, but we also knew we wanted to really focus on the giving aspect of the season and not a bunch of “Gimme! Gimme!” 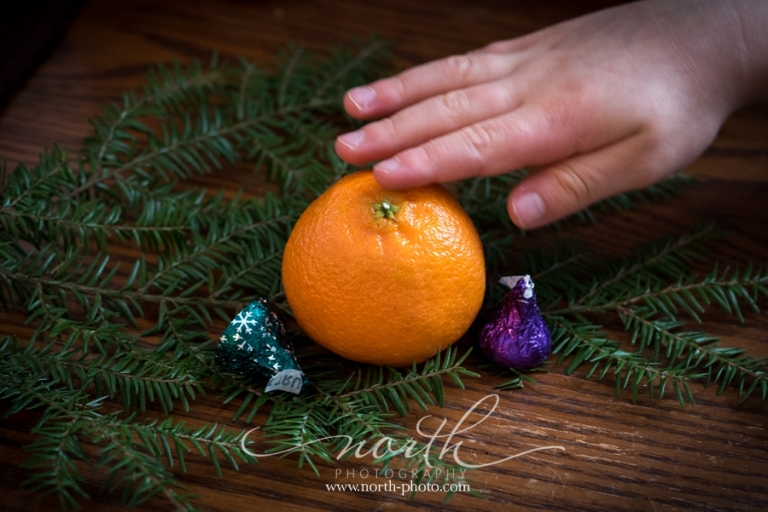 Saint Nicholas morning we hopped into our sleigh and Brennan called out the name of our first delivery. He donned a red and white Santa hat as a disguise so no one would know who he was and we dropped off our first bag. While no one was home at the time, we soon received an excited message thanking us for the sweet surprise. Brennan was elated! We made eight stops with our Saint Nicholas treats and each time Brennan eagerly donned his Santa hat and grabbed a bag. He would joyfully say “Happy Saint Nicholas Day” and pass off the treat with a smile. If no one was home, he would tuck it safely by their door so they could “find a smile later”. (Three year old sayings kill me with cuteness!)

Later that evening we sat together before bed and I asked him about his favorite part of the day. Sledding with his brother came up, as well as chasing the dog in the snow, but then he paused and truth be told he said, “We make people happy today…And smile.” That folks is what I would call a parenting win. And man it felt good! 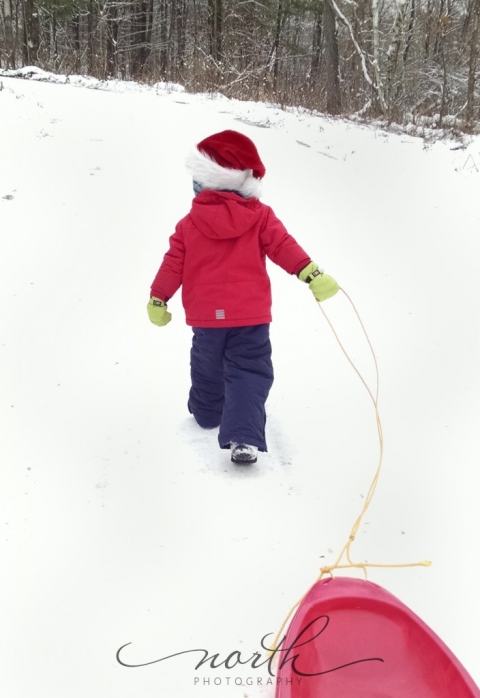 He makes me so proud! In addition to preparing for Christmas and raising two tiny humans, I am working on something new to add to North Photography. Each year I strive to give more and I am very excited at what might be coming together! More on that later.

If you have young children and want to introduce the original Saint Nicholas to them, I highly recommend the Veggie Tales movie Saint Nicholas-A Story of Joyful Giving. It was cute and inspired conversation with Brennan. Thank you to the St Nicholas Center for a wonderful explanation of who Saint Nicholas was and the many stories that surround his existence.

May we all be so loving and giving. 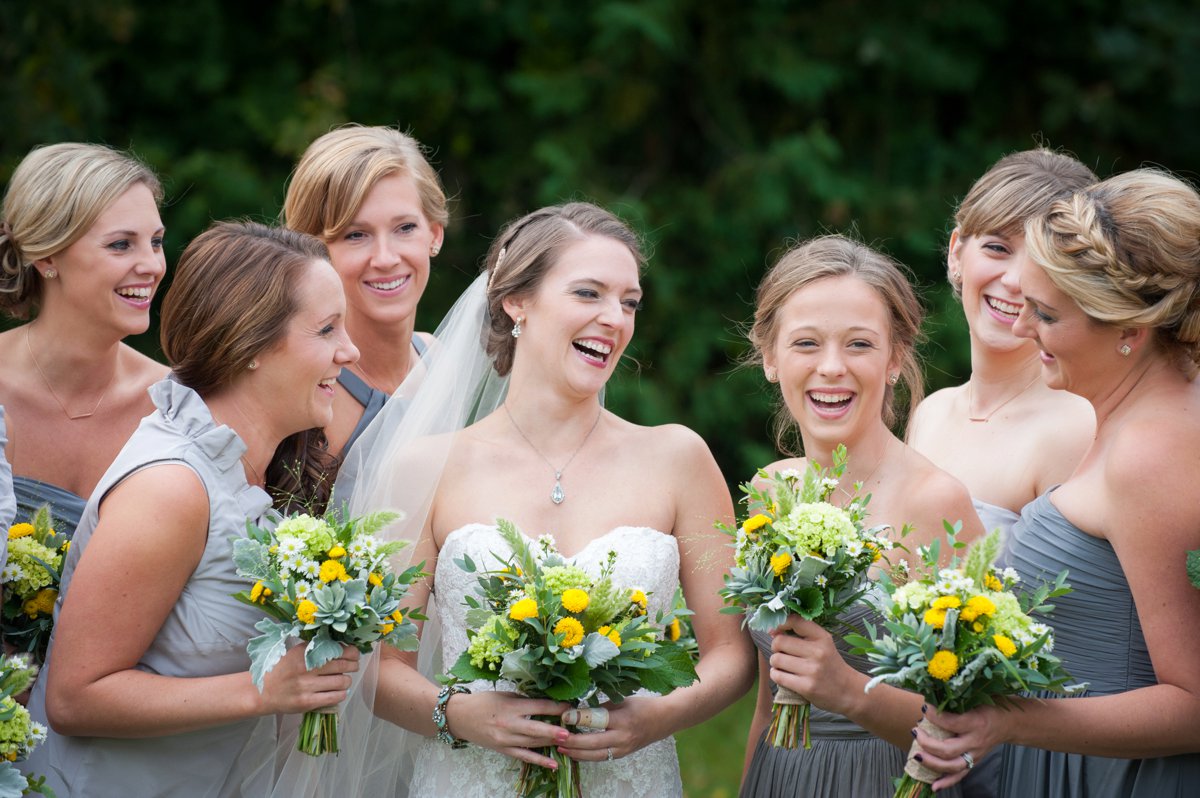 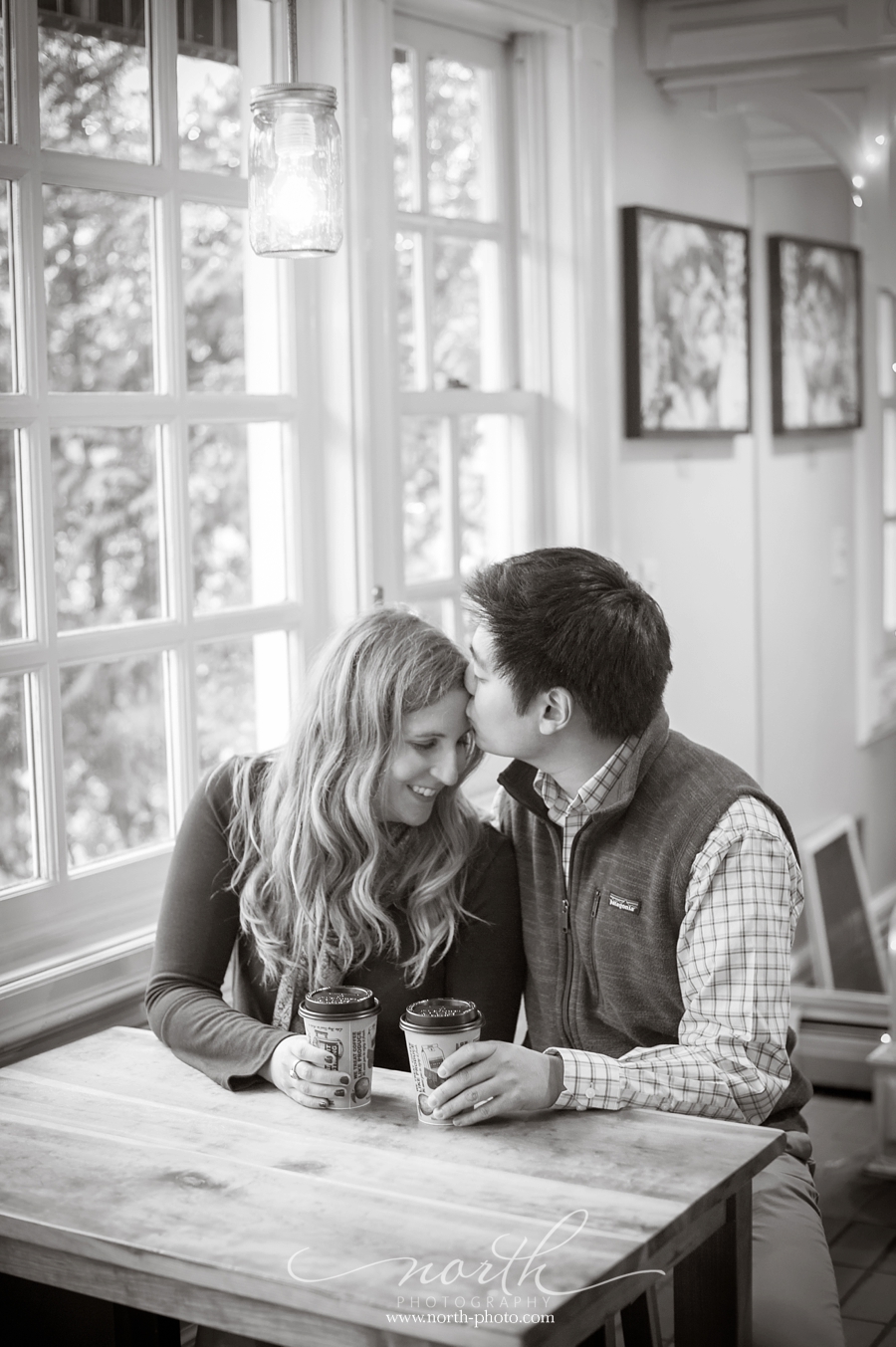